Augmented Reality is going to be the future of most apps, all it takes is a decent processor, a camera, a compass and a GPS — all of which are becoming increasingly common on smart phones. I have talked about it before too, like AR Apps for Andoird, AR Games for iPhone.

Augmented Reality games are obviously cool, but why not check our guide to play temple run for pc.

This futuristic world for Android is quite small as compared to iOS and only a handful of apps/games are available for it, but still, some of them are really good. I’m listing such 5 games in this post: Parallel Kingdom is the first and most popular massively multiplayer role playing game (MMORPG) that uses your actual GPS (or WiFi) location to place your character on a map filled with monsters, treasure, and other real players. Parallel Kingdom overlays a real-time, perpetual game world on top of your real world using your phone’s GPS capabilities.

It is a cross-platform game so this means you can compete with iPhone gamers too. 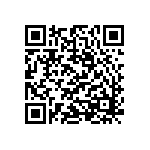 Zombies, Run is a trans-reality game for the Android platform that pits you against a world full of zombies in a race for your life.

You need to choose the Zombie Count which will determine how many zombies populate the area around you while speed let’s you decide whether you’re running from Dawn of the Dead zombies or 28 Days Later zombies. After you’re done with these options, let the game find your location and then choose your endpoint for your journey.

Once you do that, the game begins and it’s your job to get to your endpoint without running into any of those red dots, which, the developers claim are zombies. This game may sound ugly but its really cool.

Sky Siege is maybe the most addictive AR game for Android. It transforms your physical environment into a deadly battlefield. Your Phone becomes a true Virtual Reality display – it is a window into a 3D virtual world full of hostile helicopter gunships and jet bombers coming at you from all angles in 32 levels of increasingly difficult numbers and tactical formations. You are alone on a flak tower armed with an Ack-Ack gun, Rockets, and a limited supply of guided missiles.

This game demands big hardware (1Ghz) and a reliable digital compass for smooth gameplay but not all Android Devices are so powerful. So if your phone doesn’t meet these specs, be ready to experience lags sometimes. 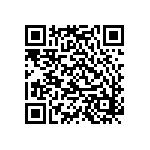 SpecTrek is another awesome augmented reality ghost hunting game. You have to Walk or run around using GPS and your phone’s camera to find and catch virtual ghosts.
The game offers statistics, awards, titles, records, and most of all a whole lot of fun!

iSnipeYou is an AR Sniper game. You have to use your camera to shoot targets. Features include Multiple reticle styles, dynamic blood splats, accelerometer based aim drift, face detection for scoring.

ARhrrrr provides your phone a window into a 3D town overrun with zombies. Point the camera at our special game map to mix virtual and real world content. Civilians are trapped in the town, and must escape before the zombies eat them! From your vantage point in a helicopter overhead, you must shoot the zombies to clear the path for the civilians to get out.

Watch this game in action:

Another Stunning AR game, Rock’Em Sock’Em is game by Qualcomm Augmented Reality Game Studio, established at Georgia Institute of Technology. It mixes both real-world and rendered visuals to create a unique gaming experience.

Players just point their phones at a printed arena map and the robot characters are displayed in full 3D. The technology uses the compass for location, so you can move around the play area and the 3D objects will turn with you.

Watch this game in action:

To download the games, use your phone’s camera on the QR Code which will take you directly to the Android Market or simply search for them in the Market. I would love to hear your comments on these games, which one you liked or not, by leaving a comment 🙂